Kimberley Reid: rivers in the sky

Kimberley is a PhD student in the School of Earth Sciences. Read about her research in atmospheric rivers and her goals for future study.

Rivers have been the life source of civilisations for thousands of years. From the Nile to the Amazon, the Ganges to our own Murray-Darling, rivers provide water, food and transport for the cities built along their banks.

But the biggest rivers in the world don’t run along the ground, they flow through the sky.

Atmospheric Rivers (ARs) are huge, narrow conduits of water vapour that sit around 1km above Earth’s surface, and a single AR can transport more water than the Amazon and Nile rivers combined. When they collide with land, ARs rain out this water and, depending on the size and intensity of a given AR, they can be a vital water source for communities or cause destructive flooding.

I discovered atmospheric rivers at a conference in Sydney that I attended as part of my Masters degree and couldn’t believe such an important research topic internationally had barely been studied in Australia. I decided this would become my niche. I completed the weather and climate major as a part of my Bachelor of Science before continuing on to a Masters of Earth Science and now a PhD.

In November 2009, a huge AR caused major flooding in the UK, £276m worth of damage, and set a record for the most rainfall recorded in the British Isles in 24-hours (316.4mm at Seathwaite – about half of Melbourne’s annual rainfall in a single day! 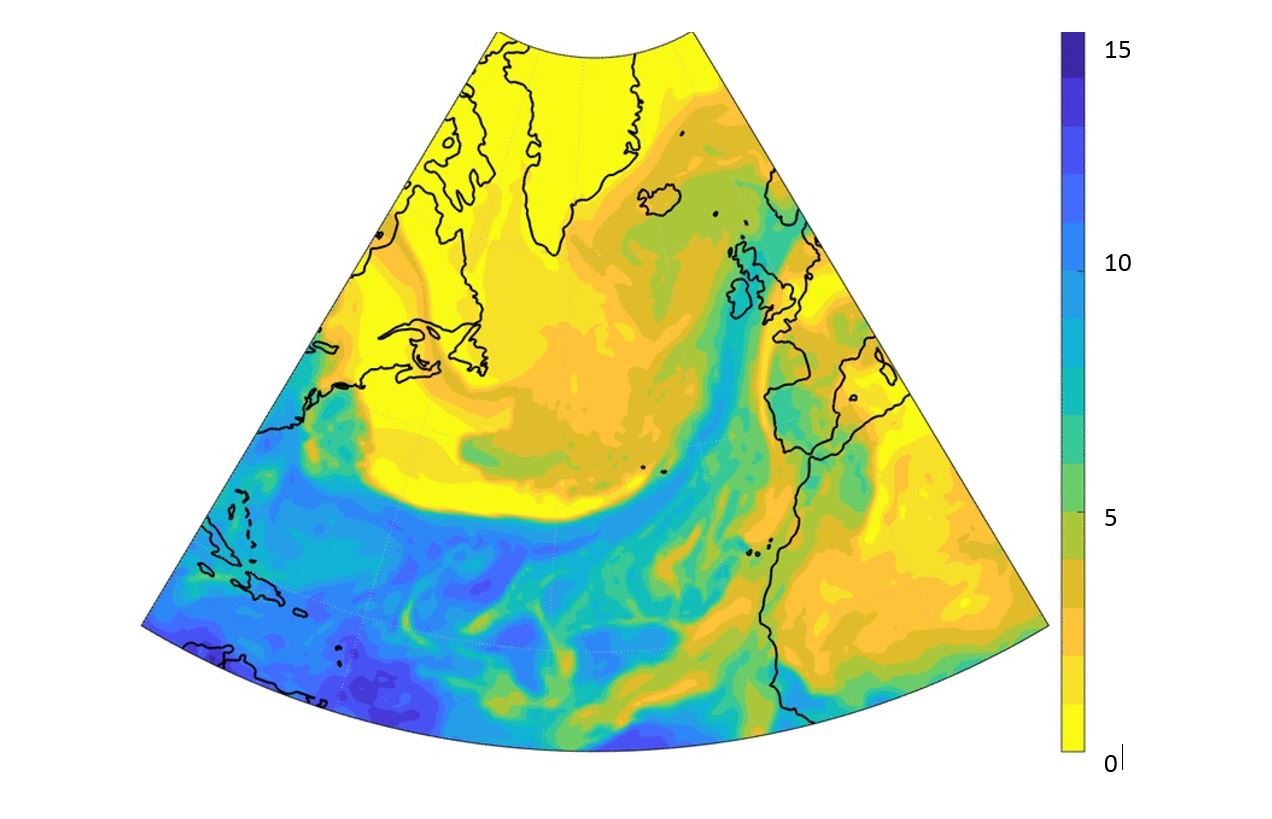 Figure 1 shows the Atmospheric River that caused massive flooding in the in the UK in November, 2009. The coloured contours represent specific humidity, which is the concentration of water in the air. You can see the narrow ‘river’ of high water vapour (blue) stretching from near the equator to across the British Isles.

No one has researched these systems and their associated rainfall in Australia, so that’s what I will be doing for my PhD. I’m creating a new method to identify Atmospheric Rivers in model and observational data. This will help us understand how often they impact Australia and how intense the ones that do are. After creating a record of Australian Atmospheric Rivers, I will quantify how they drive extreme rainfall across the continent.

Extreme weather is a hot topic of research. I’m a part of a major research centre, the Centre of Excellence for Climate Extremes (CLEX), here at the University of Melbourne. The Centre brings together people from five universities, industry and government partners who are all researching extreme weather. This can include heatwaves, droughts and, of course, extreme rainfall. Through CLEX, I’ve attended workshops in Canberra and Wollongong, Winter Schools, and professional development programs. I hope to help prepare Australians for natural disasters by understanding the weather systems that control drought and flooding. 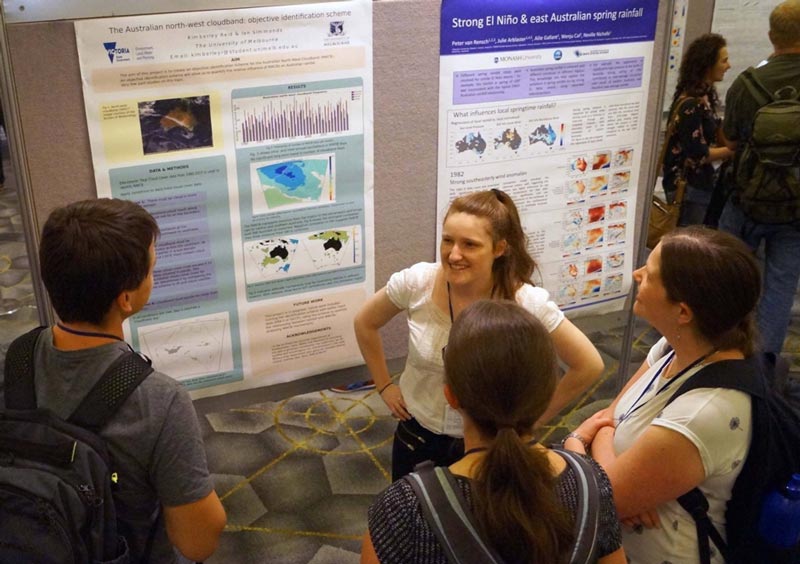 Kim presenting a poster at a CLEX workshop in Canberra

Kim Reid is a PhD Candidate in the School of Earth Sciences. Find out more: